Generators always come in handy in case of a power failure or outage. But sometimes, when you need it the most, you may get disappointed that your generator won’t start. 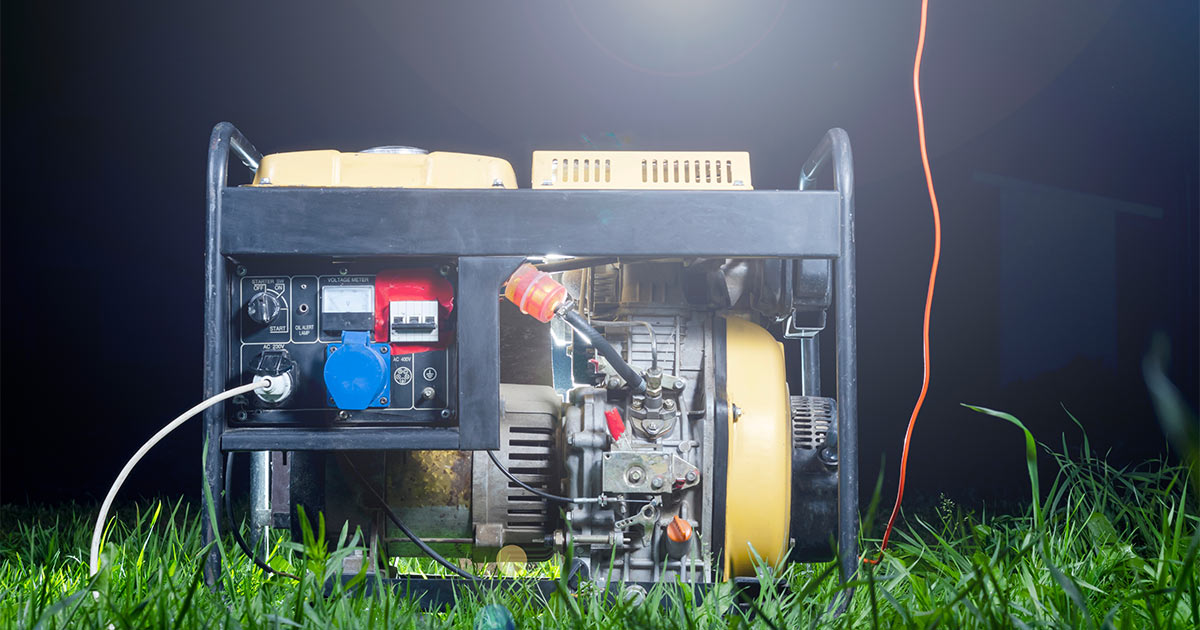 Several reasons can make a generator fail to pick up, and discovering why yours isn’t working requires patience and effort. That’s because you’ll have to touch on every possible cause before you can finally find a solution to your generator’s problem.

My 40-plus years of experience have taught me that despite having too many causes, a generator that won’t start is easy to fix. It could be that the battery is dead, there’s low fuel, or its carburetor is clogged. These are minor issues that you can quickly solve without involving a professional.

If you’re looking for answers to why your generator can’t start, then you’re in the right place. Here, you’ll get to understand the ten common reasons why your generator failed to start and what you can do to salvage the situation.

1. Your Generator’s Battery Is Dead

With a dead battery, a car will never start. The same applies to generators that come with electric starters. So, if your generator fails to start, the first suspect is always the battery, and in most cases, it turns out accurate. Remember, the electric starter requires a boost from an active power source, which happens to be the battery.

But you can’t just conclude that it’s the battery before testing it first. Thankfully, using an auxiliary recoil starter, you can know for sure if the battery is dead or not. If using the recoil starter makes it possible for the generator to start, then there you have it. Your battery is dead hence needs recharging, which is also possible via the DC outlet on the generator.

The above is only possible if your generator has an auxiliary recoil starter. If not, how do you go about it knowing clearly that you still must charge the battery? In this case, you can use an external battery charger to get your generator running.

2. Check if the Engine Has Enough Oil

Low oil is a second possibility if your generator still won’t start even after recharging the battery. Oil is as crucial as fuel since your generator will never run on low oil. Make it a habit to check on oil levels every time you shut your generator.

Most modern generators have an oil sensor to stop the generator from running low on oil. Since humans are prone to mistakes, even with warnings, you can forget to refill them out at the right time. Then, the low oil shut-off feature will automatically shut off your generator until you refill.

To be sure, check the oil levels using a dipstick since sometimes, even with enough oil, the engine may still fail to pick up. Always check that the generator is placed on an even surface to avoid activating the low-oil sensor when you have enough oil.

3. Is It That Your Generator Has Low Fuel?

A generator with insufficient gas will never start, let alone run. That’s why attempting to start your generator without checking on the fuel level is never a good practice. But again, as humans, you can easily forget to pay attention to the fuel tank.

The solution to this problem is straightforward. Check the fuel tank to see if there’s enough gasoline. If not, you can refill.

Another point worth mentioning is that you should never run your generator on stale gasoline. Also, don’t add fresh gasoline to the old ones in the tank, more so if it has been there for two months plus. That’s because this gas can easily damage the generator’s engine, which is costly to replace.

4. The Air Filter Could Be Dirty

Your generator needs a continuous airflow to the carburetor for ignition to happen. But if the air filter is full of dust and other debris, the much-needed air will never flow freely to the carburetor. In return, this component becomes unable to function as it should.

Fortunately, you can access the air filter to see if it is clogged or not. If it is, a simple cleaning will make your generator work again. But in cases where the dirt is too much, you should replace the filter to avoid future problems.

After cleaning or replacing but your generator still won’t start, then you know that the clogged air filter wasn’t the problem. You can then check on other possibilities.

5. The Spark Plug Could Be the Problem

A clogged spark plug could also be the reason why your generator won’t start. But to access it, you first have to remove it from its socket. From there, you can see if this device is only dirty or worn out.

If the dirt surrounding it can be cleared with a brush, you don’t have to buy a new one. You can go ahead to clean it then from the owner’s manual, see that the electrodes gapping are as they should. Replace the spark plugs if you can’t remove the dirt even after brushing, or the electrodes are not in good shape.

To be sure, you can quickly test if the spark plug is working using a spark plug tester. If you see a spark, the component is fully functional and only needs cleaning.

6. Have You Checked on the Carburetor?

Most people only use their generators in cases of blackouts. It means that the generators remain stored as long as there’s power, which can take even months. However, people forget that there’s a proper way to store a generator if you’re not going to use it for a long time.

Before storing your generator, the fuel tank must be empty, so ensure you drain all the unused gas. The gas will still evaporate in storage, producing some sticky substance that can easily clog the carburetor, preventing the generator from starting. That’s because even with the new gasoline, this clogging will hinder it from entering the carburetor.

Give your carburetor a good wash using a carburetor cleaner if you notice any dirt on the surface. Before cleaning, ensure you’ve closed the fuel valve and removed the bowl, usually at the bottom of the carburetor.

7. You May Need To Adjust the Choke Control Accordingly

The choke lever positioning could be why your generator is unable to start. When starting up your generator, a specific amount of air must enter the carburetor for the ignition to happen. The generator’s choke is responsible for controlling this, but only if its positioning is as it should be.

Your generator won’t turn on if the choke lever allows too much air or too little air to the carburetor. For this reason, if you haven’t used your generator for a while, then the choke should stay closed entirely until the engine becomes a bit warm. Then, you can open it fully.

If you recently used your generator, the engine could still be warm. In that case, you can adjust the choke to halfway open so your generator can start again.

But if the fuel valve is open, but still, the generator won’t pick up, it could be that the fuel valve is dirty. Go ahead and unplug the hose, but have a bucket ready just in case there’s excess fuel spilling out. Doing this will let you see if the fuel moves through the valve or whether there’s a clog.

10. Water Accumulation in the Fuel Tank

The fuel contains too much water, that’s why your generator can’t start. If you had stale gasoline in the tank, it could have added moisture, which you must first remove for the generator to work.

Suppose you attempt to start a generator whose tank contains water. Instead of fuel going to the carburetor, water will. Thankfully, you can add a gas water remover to the gasoline instead of getting rid of it all. Doing this will help get rid of excess water, allowing your generator to function normally.

Fixing a generator that can’t start isn’t all that complicated. You have to be patient, trying one possible solution to the next until you can solve the problem at hand. Consider enlisting a professional to check and repair your generator if it still won’t start after checking on the above ten reasons.

“With over 40 years experience as an engineer, I use generators on a daily basis. I consider myself highly qualified to pass on my knowledge”

Updated On: December 21, 2021
TABLE OF CONTENTS
Generator Won’t Start – 10 Common Reasons Why
1. Your Generator’s Battery Is Dead
2. Check if the Engine Has Enough Oil
3. Is It That Your Generator Has Low Fuel?
4. The Air Filter Could Be Dirty
5. The Spark Plug Could Be the Problem
6. Have You Checked on the Carburetor?
7. You May Need To Adjust the Choke Control Accordingly
8. The Low-oil Sensor Isn’t Working Effectively
9. A Clogged Fuel Valve
10. Water Accumulation in the Fuel Tank
Generator Won’t Start Conclusion
Close
Your custom text © Copyright 2022. All rights reserved.