What is Natural Gas?

You can find natural gas everywhere in our society. From natural gas’s use as a heating fuel to stovetop burners, you’ll find it everywhere. But what is natural gas? 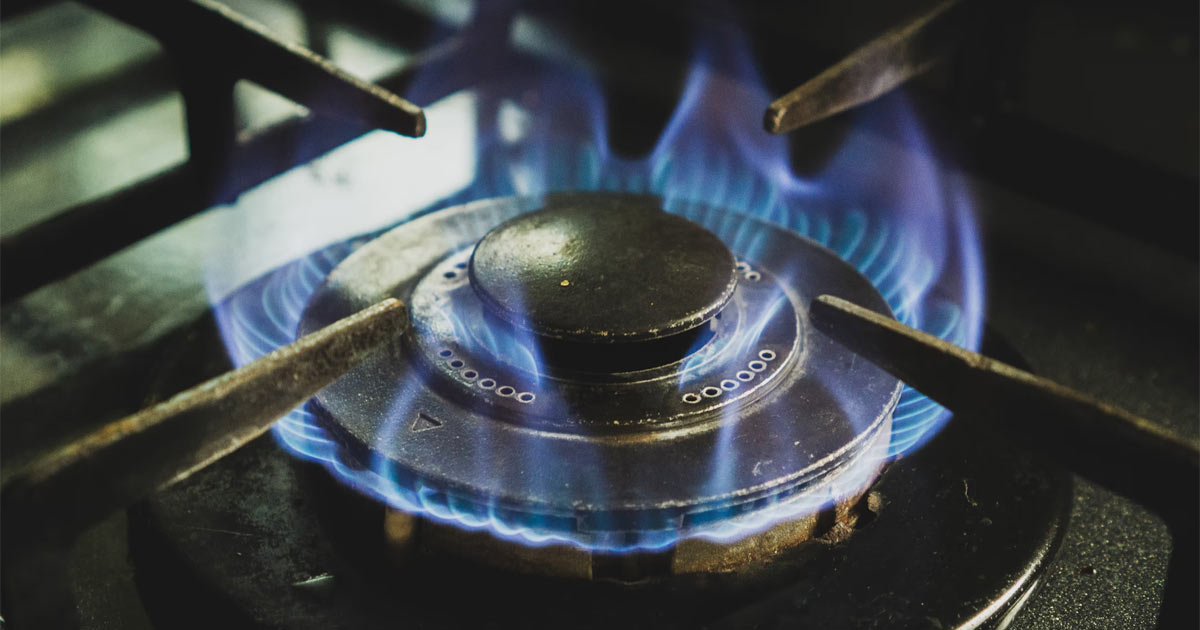 Natural gas is a fossil fuel. Its main component is methane (CH4), but we often find other compounds in it. We obtain natural gas from deep in the earth’s crust, which means we require special techniques to extract it.

Read on to find out how we extract natural gas, what components make up natural gas, how it impacts the environment, and more!

What is Natural Gas?

How Does Natural Gas Form?

The process of forming natural gas takes millions of years and is similar to the formation of coal, oil, and other hydrocarbons. Millions of years ago, different living organisms, including marine life, plant life, and micro-organisms, deposited themselves onto the ocean floor and earth’s surface when they died.

Over millions of years, sand, silt, rock, and ocean water built up over the organisms. When this happened, it created pressure that pushed down on the organisms. The extreme pressure and heat caused by the build-up turned the organisms into different hydrocarbons, one of which was methane.

Where is Natural Gas Found?

In some cases, oil extractors find natural gas in the oil they drill for. We generally don’t use this type of natural gas because much of it escapes when drilling for oil, but new extraction methods may change that.

How Do We Extract Natural Gas?

Extracting natural gas has always been a difficult endeavor. Beginning with the British in the late 1700s, natural gas extractors have been looking for new ways to extract and store natural gas for future uses.

Modern-day natural gas producers have three primary ways of extracting natural gas from wells deep below the ground. The first is vertical drilling, while the second is horizontal drilling. The final method is hydraulic fracturing, and it requires a different extraction method altogether.

Vertical drilling is a comparably easy way of extracting natural gas because once the extractors tap the gas deposit, the gas essentially flows upwards naturally. The borehole created by the dill allows the gas to escape to the extractor’s equipment.

Horizontal drilling is essentially the same as vertical drilling, but with one big difference. After the vertical drill shaft drills straight down, a flexible drilling pipe and steerable head turn the drill towards the gas deposit.

Since shale natural gas is stuck inside the pores of sedimentary rock, it requires more than just drilling to extract. As with other methods, the first step is drilling vertically towards the gas deposit.

The next step is to drill horizontally towards the gas-rich shale or sedimentary rock, usually at least a mile below the surface. At this stage, extractors take certain environmental concerns into account, including water and soil quality.

The next step is pumping ‘fracturing fluid’ into the porous rock. Fracturing fluid fractures the rock, which allows the drill hole to collect more natural gas during fracking.

The final step is fracking the natural gas. Frackers pump a mixture of water, sand, and additives into the drill hole at high pressure, which continues to fracture the rock. The sand holds the fractures open, allowing the natural gas to flow freely out and into storage.

Natural gas is one of the most widely used materials in the world. Some common uses include:

Compared to other fossil fuels, natural gas is relatively clean. It produces fewer greenhouse gasses and air pollutants than coal or petroleum products when burned. But that doesn’t mean it’s clean.

Methane, the main component of natural gas, is among the worst greenhouse gasses, in terms of global warming. Estimates say in the US, methane accounts for 3% of all emissions, and natural gas systems account for 29% of all methane emissions.

Extraction can also lead to terrible environmental consequences. Fracking can impact and contaminate the water supply, ruin arable land, reduce air quality, and create earthquakes. Vertical and horizontal drilling have their negative effects, but not nearly as concerning as fracking.

So, natural gas is a fossil fuel composed mainly of methane. We use it in many areas of our life and economy, including in restaurants, homes, and energy manufacturing facilities. There are two different types, conventional and unconventional, and each requires its unique extraction methods.

Although natural gas is clean compared to other fossil fuels, it still has its downsides, including serious environmental concerns. Feel free to read up more on the subject to see what other facts you can learn about one of the world’s most common fuel sources.

“I am a writer, speaker, and researcher in the field of sustainability and environmentalism. In my free time I love to read books about conservationists like Jane Goodall or Dian Fossey”